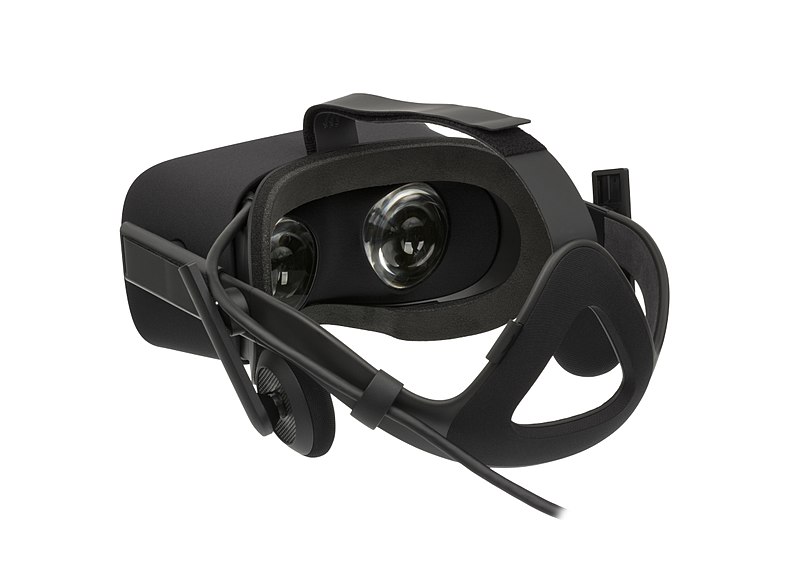 What is a luxury of the rich right now Virtual Reality is raved about by some and down played by others.  But what is virtual reality really and is it the wave of the future as some have claimed.

Virtual reality while not perfect is still a very immersive way to experience a simulated world.  Current VR is based off of using a head device and hand controls that approximate being in the virtual world as you would be in real life.

What Is Virtual Reality

Basically an electronic attempt to put the user in to the world of the game rather than have the user feel outside of it.  This has been attempted many times in the past with varying success.

With all that said it is a very intriguing idea.  To be entirely immersed into a game and feel like you are really there, has been my dream since I saw the game Mechwarrior 2 for the first time.  I wanted to feel like I was in the cockpit crushing and blowing up everything in my site.

1838 Stereoscope was invented.  Splitting one image in to two for stereoscopic vision. 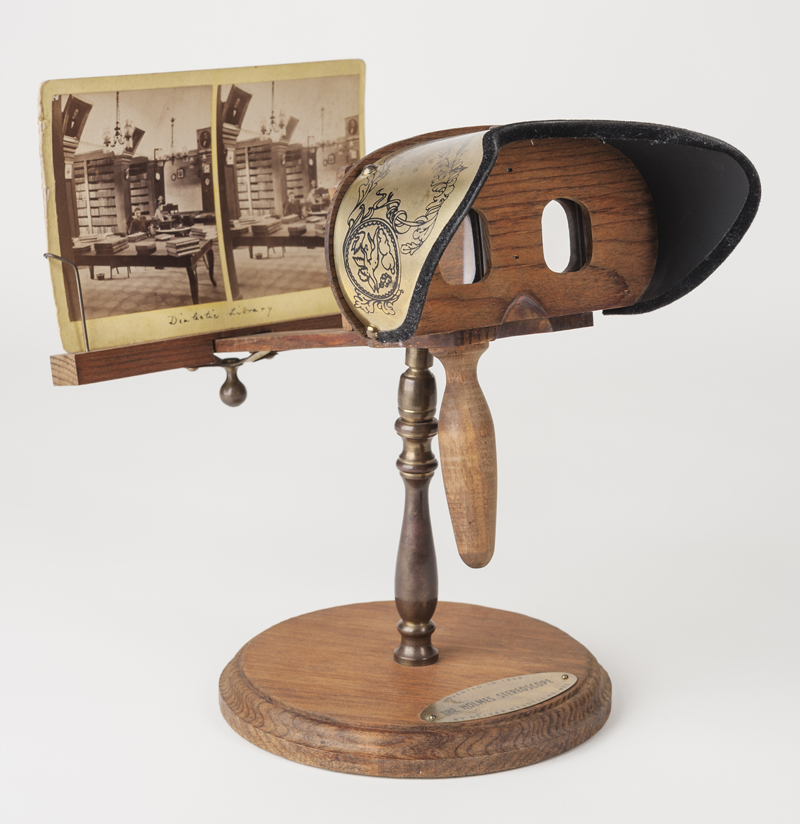 1939 The View-Master was invented with two slightly different images that would allow for full 3D image viewing.  I remember having a View-Master.  It was quite cool looking into it and viewing an image in 3D. 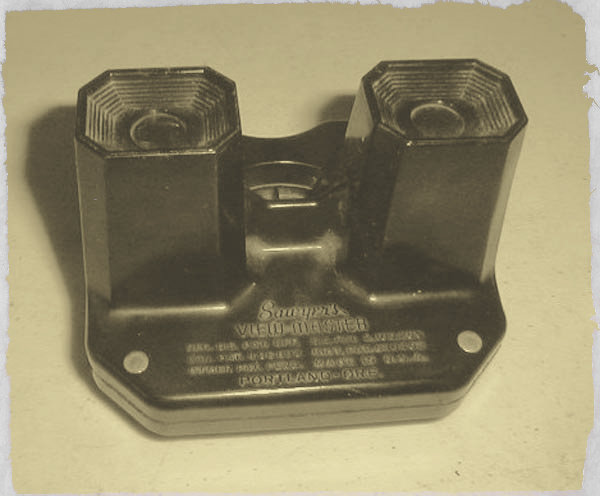 1956 Sensorama was created.  This simulated a ride on a motorcycle through a town.  This simulated the road, the engine sounds and even the vibrations.  The idea was to allow people to feel like they were in the movies. 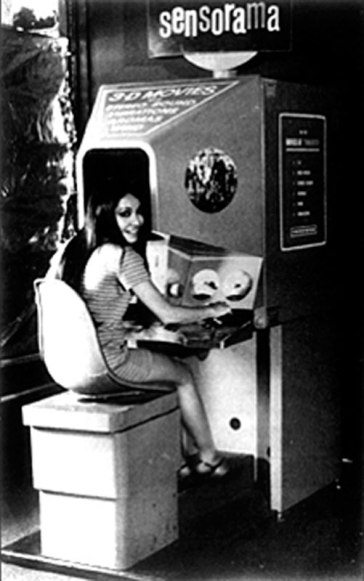 In 1960 the same inventor of the Sensorama invented a display device for the head.  The Telephere Mask has been the foundation of many more advanced devices in the history of Virtual Reality. 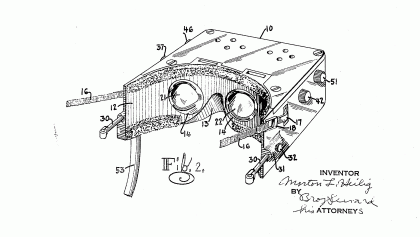 In 1965 another inventor created the Ultimate Display which was to be the window into the virtual world. 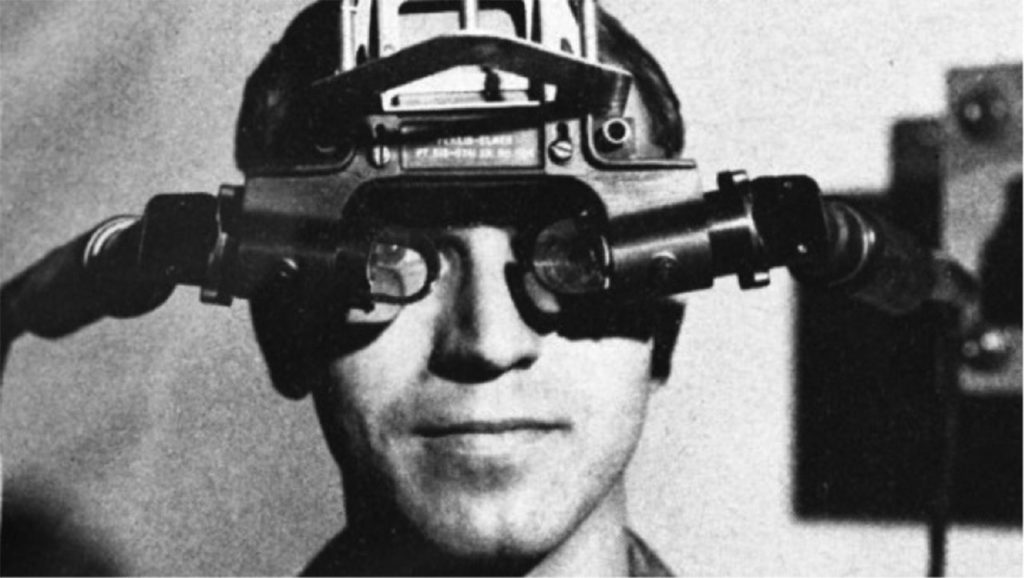 The Nasa Ames Research Center in the the 1980s worked on the Virtual Interface Environment Workstation (VIEW).  With their cute acronym device they hoped to help train their astronauts in a safe virtual environment. 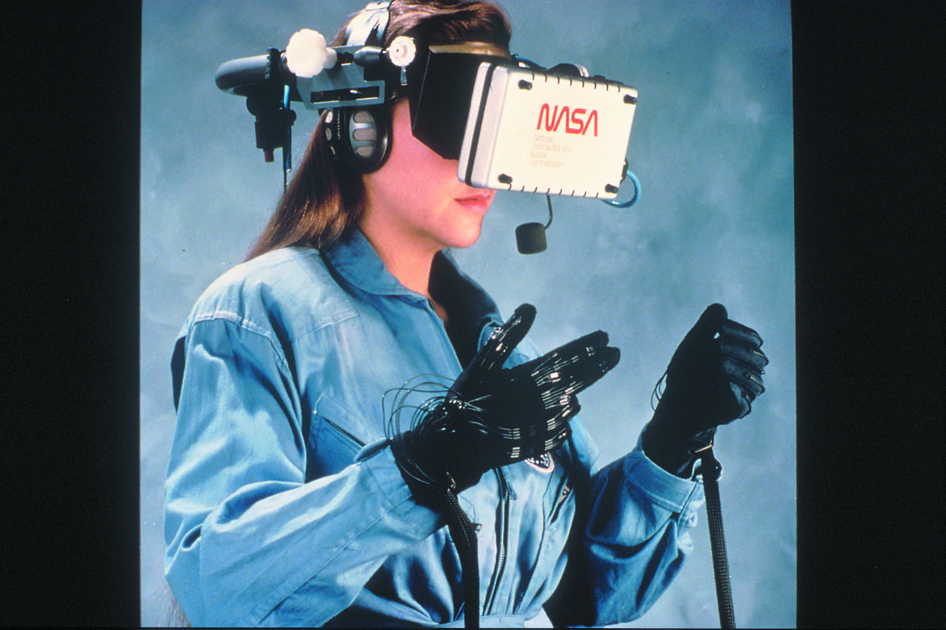 In 1995 the ever ambitious Nintendo released the Virtual Boy which was a crushing failure.  It was ahead of its time and too limited to reach a broad audience.  It also came with too high of a price tag for the time.  Also the system only supported a monochrome screen.  Virtual Boy also had a very limited release of games for it.  While ambitious the hardware was not up for what it promised. 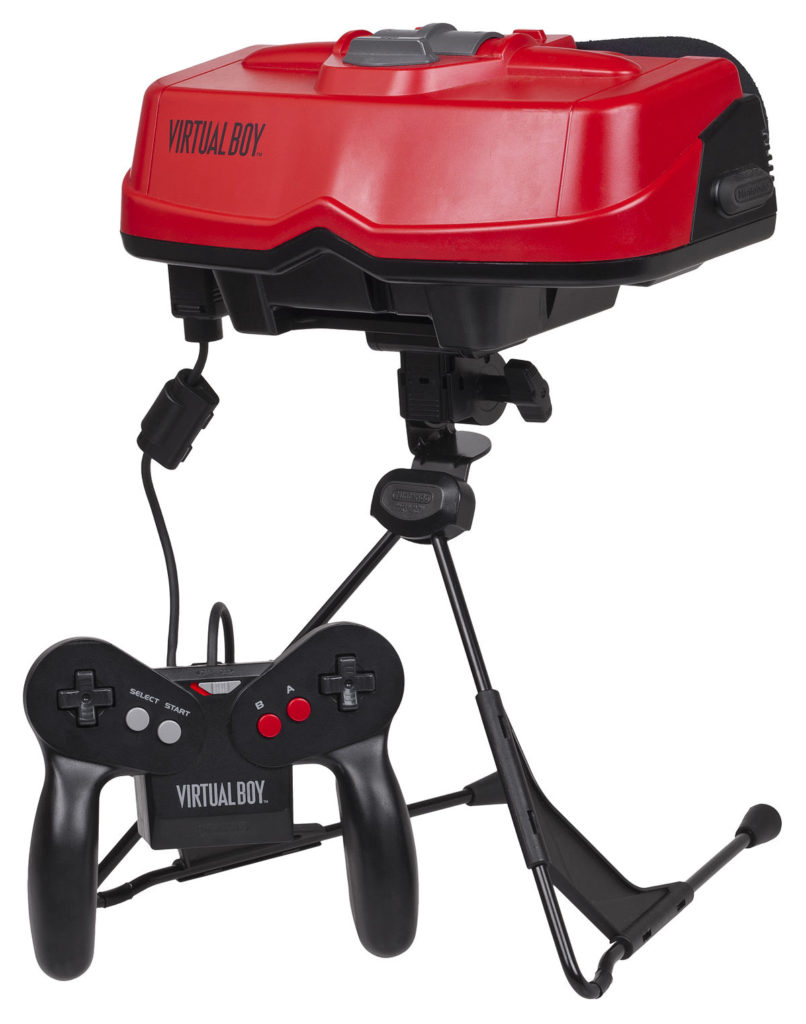 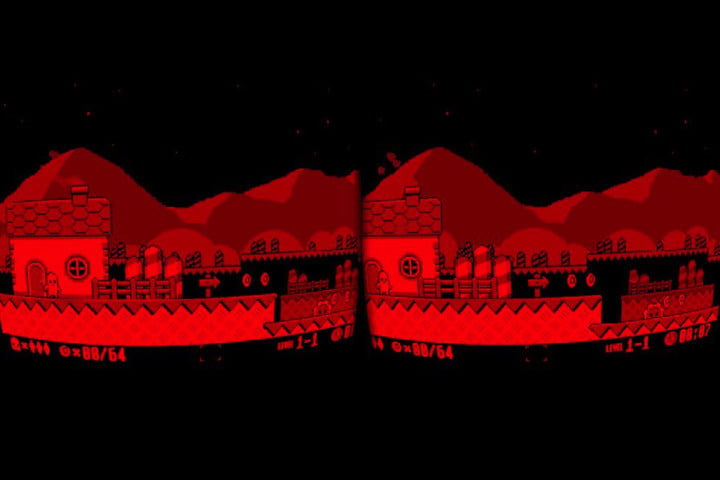 Multi monitors have been around for a long time and some games have been able to support this while many do not.  This was another way to try and make a game immersive, though this was very price prohibitive.  With the cost of a multi screen support graphics cards and the multiple monitors you need. 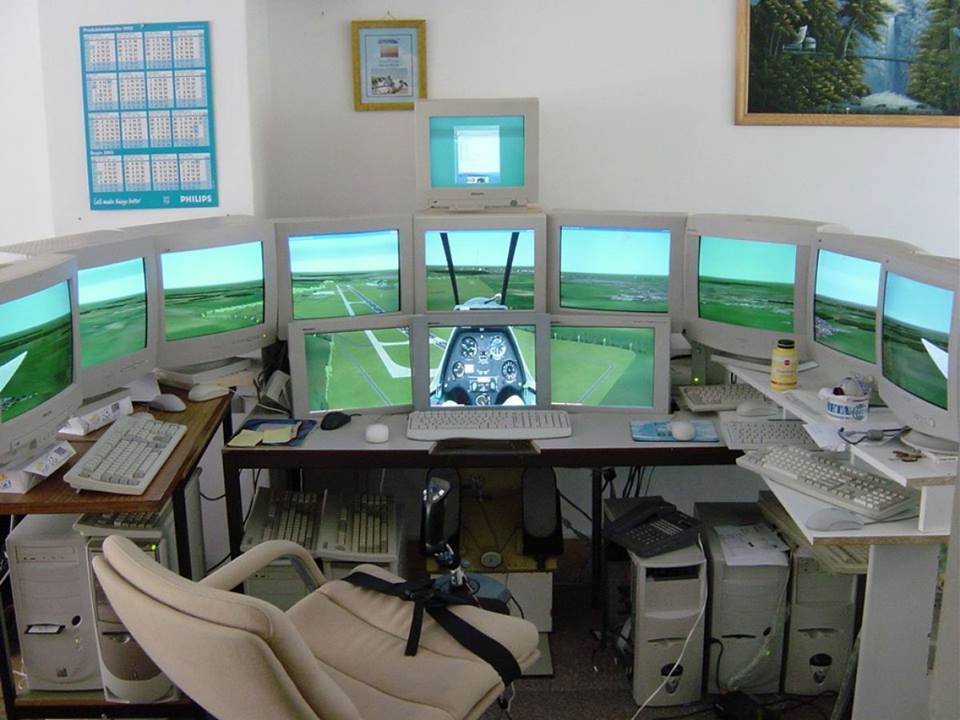 Arcade pod systems.  These I have always wanted to try.  These put you into a small box like a cockpit and have wrap around television.  Seems like it would be a very fun experience.  Sadly none have ever come to where I have lived. 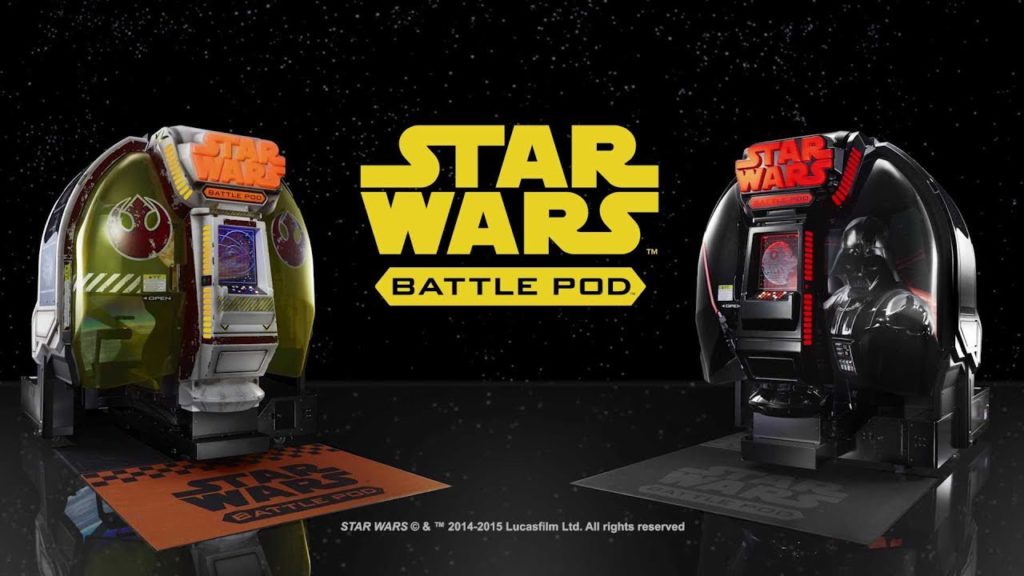 Nintendo always willing to try new ideas also tried their hand at creating a more immersive experience and created the Nintendo 3DS.  This system was very widely received but did have some drawbacks with its technology.  One drawback was you had to maintain a very specific distance from the screen.

Cell phone Virtual Reality.  Though basic it is still pretty cool.  You put your smart phone into a basic box and have a your cellphone work as a stereo vision.  This doesn’t work with all phones, they need certain features.  This is pretty limited but still a cool experience. 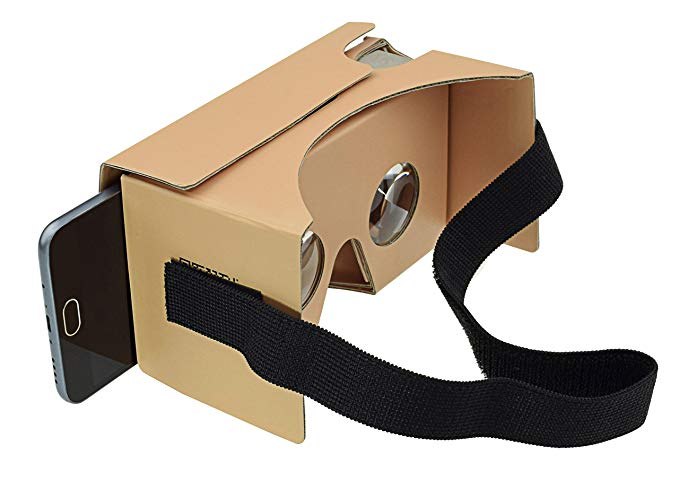 Now I know I probably have not covered all the history but these are the basics.

Current Generation of Virtual Reality.  Enter the Oculus Rift and the HTC Vive.  There are others but these are the primary ones.  With the Oculus Rift (Amazon Link) setting the general trend, and being the best option at the moment.

This is the best way to experience Virtual reality through a computer, but for a large price.  Same with the HTC Vive (Amazon Link) also with a high price tag but still a good experience.

The premise of Virtual Reality is one that is very appealing.  Imagine entering a whole different world with different rules and being able to play around in that world like it was real.  I have wanted this since I saw Mechwarrior 2 and played other simulator games.  I have wanted to feel like I really was in the game instead of just playing through a monitor.

Or a first person shooter where it was you holding the gun and jumping, rolling and diving.  Being able to see every thing around you with just turning your head and experiencing the world completely.

Right now Virtual Reality is pretty limited in scope and has not much changed from the mid 1980s NASA VIEW system.  This is a fun system with neat features, but is sorely lacking in others.  While putting the device on your head makes it seem more like you are in the game.  You are still holding a very heavy device on your head and holding controllers in your hands. 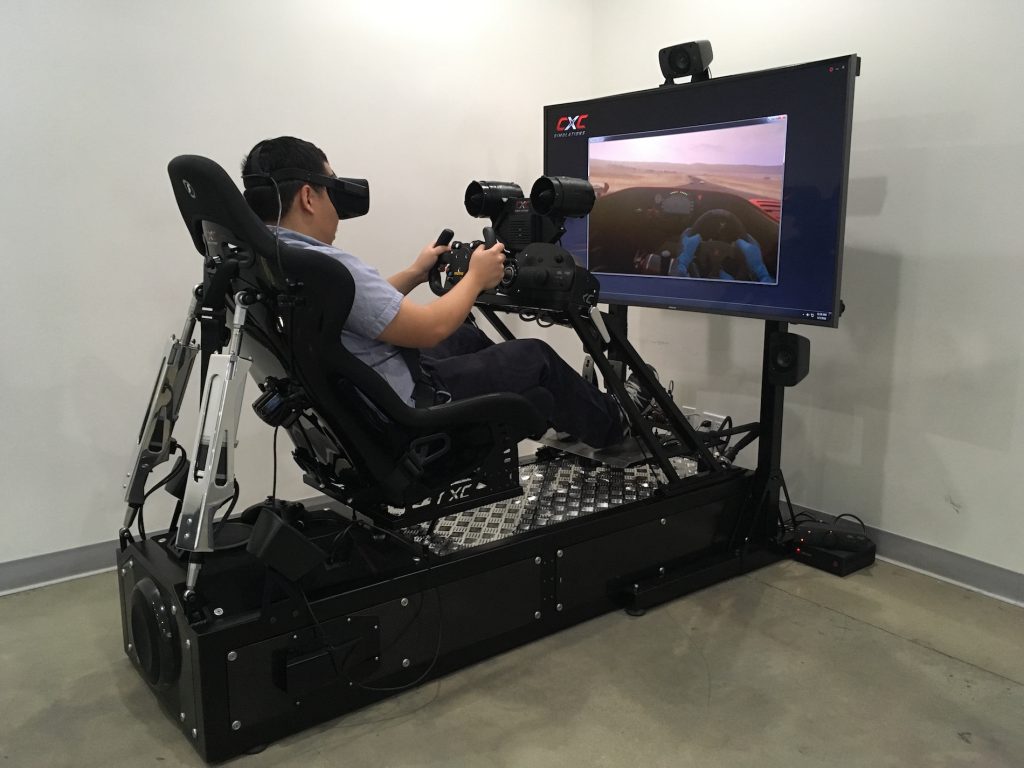 This is also pretty demanding of your computer or console since it demands two different video displays being run at a very high resolution and also demands real time reactions of the motion controls.

There is also screen tearing which can lead to a very disorienting experience.  Screen tearing is when your graphics card produces more frames per second than the display can produce which leads to the screen displaying old information with new at the same time and having the screen take on a torn look.

These systems need lots of sensors to track your motion and your behavior.  This can eat up space in your room and also USB ports.  With each sensor taking up a USB port.

You need at least 3 USB ports, not mentioning the extra sensors you may want for full room Virtual Reality.  This can be demanding on your system and will require you to have a pretty robust computer just to run these Virtual Reality systems.

The set up process can be pretty cumbersome since you have to calibrate all of the sensors and your controllers so it can be as accurate as possible.  This means going through many prompts and movements just to get to the gaming experience.

Another reality is standing.  We sometimes game to relax, whereas these systems need you to be standing sometimes and this can be fatiguing and sometimes not as much fun as it seems.  Especially tied to you computer on a short rope. 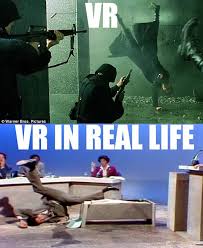 With having the system so close to your eyes a person can experience a whole host of problems from prolonged use of any Virtual Reality system.  These can lead to eyestrain, blurry vision, eye tiredness, and fun head aches.

This is due in part to many different things one is the proximity of the screens.  Your eyes were not meant to focus that close up for so long.  That and having your mind think it is viewing something far away but having to focus close up can cause problems to say the least.

Another source of head aches can be just the weight of the unit on your head and neck muscles.  This used to be more pronounced but still can add some problems since the human head on average is only 8 pounds and the Oculus Rift is and extra 1 pound adding 1/8th the weight onto your head.

Another drawback is the inner ear.  The inner ear is designed to tell the body when you are moving this is how you can tell if you are moving even with your eyes closed.  The problem is if you are not moving like sitting while playing your game but your game has you moving some people can get motion sickness with this disparity.  The percentage of uses being about 25% saying they suffer from motion sickness, this is a large problem. 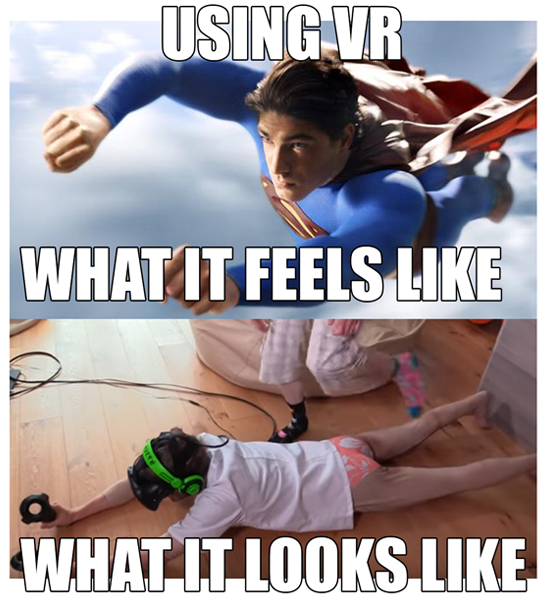 Full motion Virtual Reality also has many drawbacks some listed above like multiple sensors and long calibration sequence.  One other major hazard is that of tripping over the cords of your Virtual reality set while playing.  The Oculus rift needs a large cord to plug into your computer and that normally goes down your back and on to the floor.  This can lead to you getting tangled in your cords since you cannot see the world around you only the virtual world so one should be very careful when playing full room Virtual Reality.

The last drawback is cost. 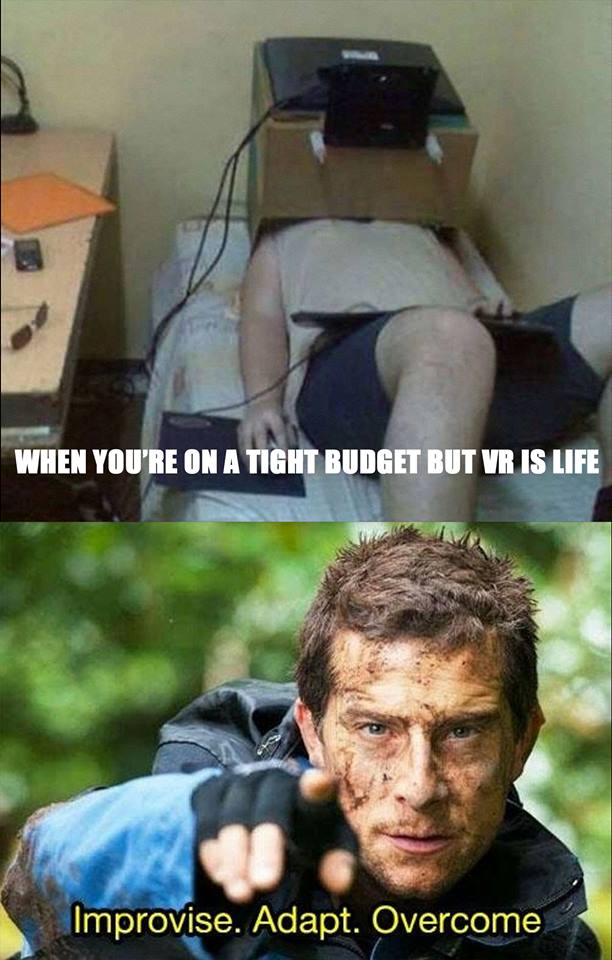 The cost can be way more than one thinks You need a very advanced gaming rig with newer graphics cards since older graphics cards were not designed with Virtual Reality in mind.  The second is a good motherboard with USB 3.0 support and multiple USB 3.0 ports at that.  Third is a good CPU since it will be running all the extra peripherals for the game.  They suggest an I5 or greater.

The other cost is the Virtual Reality unit itself.  The Oculus Rift costs a pretty penny right now with its competition very close to it in price.   That is not to mention all the extra peripherals if you want to do certain things with your system like full room gaming and the like.

The games are also normally expensive and short experiences since they demand a lot more programing with the motion controls in mind.

With all of this the price tag can climb very quickly and can price out many gamers at this time.  This makes Virtual Reality more of a fringe gaming device than a mainstream device as of yet.

With every thing I have said I am not opposed to Virtual Reality.  In fact quite the opposite.  I like the idea of experiencing my favorite games more.  It is just that these systems do have some bugs to work out and their cost needs to go way down for the casual gamer to ever embrace them.