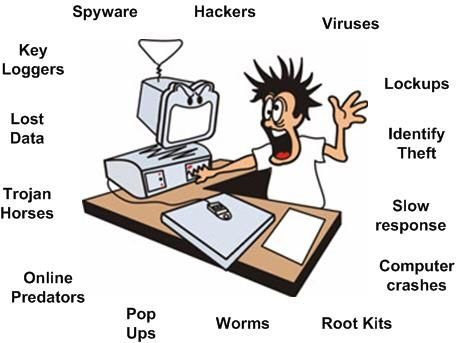 I have lost Terabytes of data not backing things up.  I have had to reconstruct my data multiple times.  Lets not mention it was because of my own stupidity, but the fact still remains the same that you should always back up your data.

With all the different attacks your computer can suffer today it is sheer folly to not back things up on your computer.  Lets not mention just the sheer acts of stupidity one can do like myself.

So I built a new computer once with two hard drives one was 180 Gigabytes and the other was 500 Gigabytes.  The 180 was my system drive containing my operating system and programs that could not function on any other drive than the C drive.  The 500 Gigabyte drive was full of other media that had taken me years to download off of a dial up connection.

My computer was not working well.  It would Blue Screen Of Death on me randomly and I had no idea what it was.  So I got a brilliant idea of refreshing Windows XP and starting fresh.  I spent a ton of time saving everything I could over to the 500 Gig drive and backing everything up. 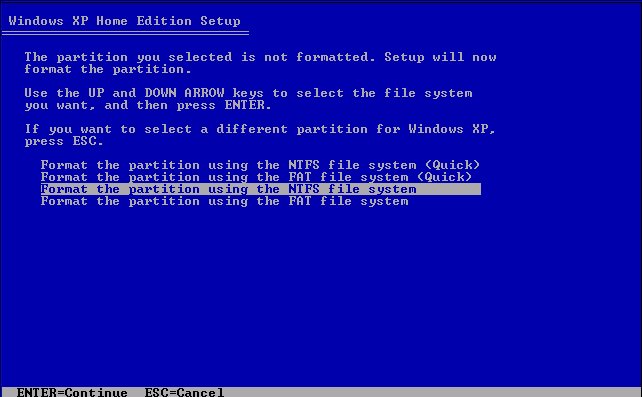 I put The Windows XP disk into the drive and select the reformatting option.  Now here is where I make my massive mistake.  I select the first drive on the list out of the two.  I didn’t look to see what the volume was or how much space it had I just selected the first option thinking I had set up the computer right and Slaved the 500 Gig drive so it would never even be first on the list.  I hit enter and watched as my drive starts the long process of rewriting 1s to 0s and then I notice something amiss.  What, I thought, was the primary drive had way too much space on it. 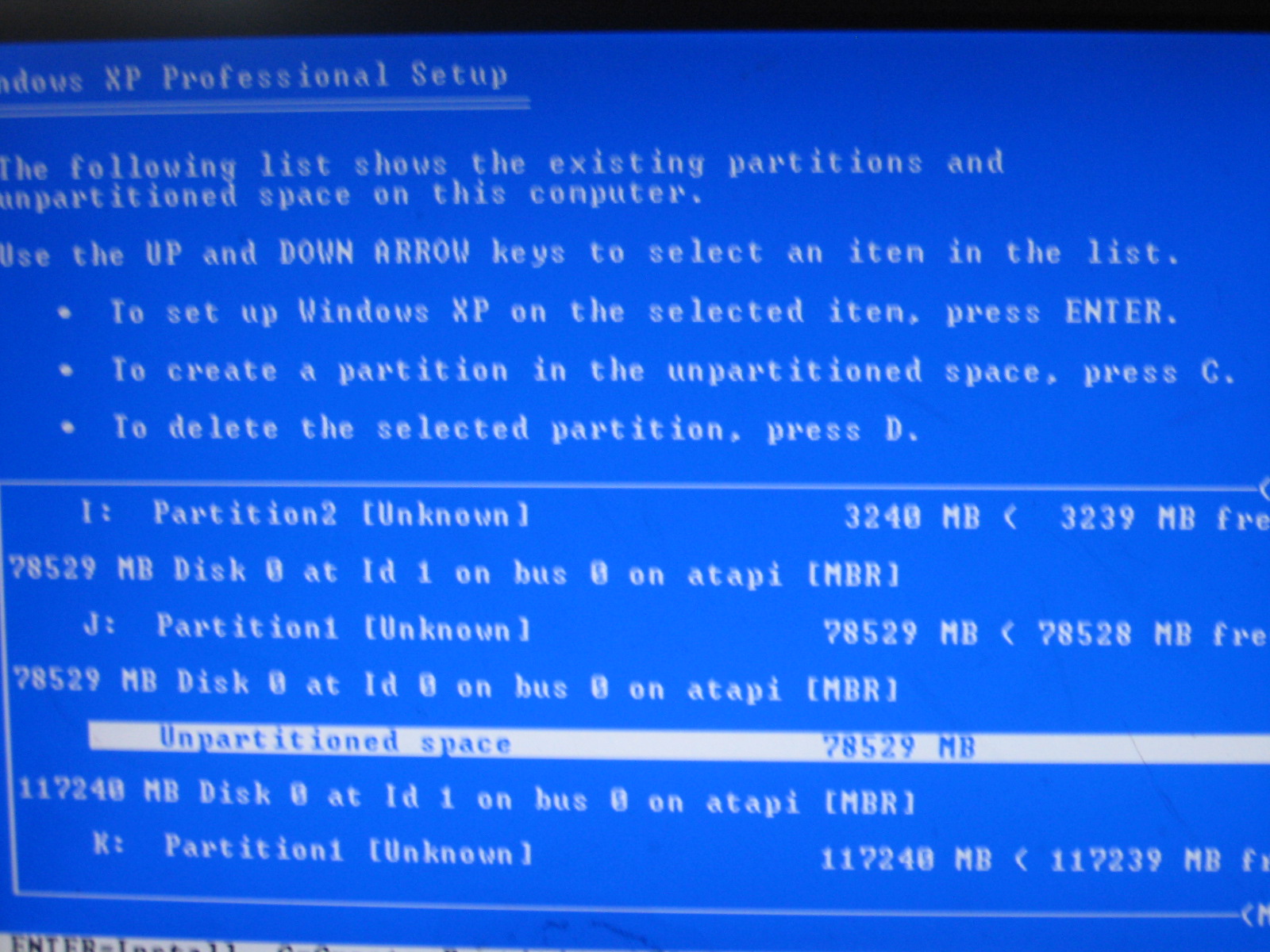 I let out a string of obscenities the like of which a sailor would feel proud of.  I let it continue since any interference now might corrupt the drive.  I let all my hard work filling up my 500 Gig drive go down the drain.  Not To mention my 5000 plus MP3s I had on the drive as well.

So I had a nice squeaky clean storage drive now, with Windows XP installed on it.

I installed XP on the other drive and cleaned up the 500 Gig drive and then started the laborious process of finding and re-downloading all the information I had lost.  Luckily I had cable internet by then but it still took a very long time to find most of it.  There are many things I will never be able to find again and I have to live with that.

So Many years later I have finally made myself whole as I have restored most of what I had lost and I am doing fine.  Then my computer starts acting up again.  Its crashing to the Blue screen again and without reason.  I decide hey I should reformat my hard drive and reinstall Windows XP.

Guess what I did again.  I didn’t check the drive volume and just selected the first drive in the list.  You think I would have learned from the first experience, but no apparently I liked doing it so much the first time I decided to do it again.

The Lessons I learned

First:  When doing something important read through everything and make sure you are doing exactly what you want to do.  Spend a little more time and maybe you wont make a mistake.

Second:  Maybe spend a little time before reformatting a computer and disconnect the drive you don’t want reformatted.  Could save a little heart ache

Third:  Apparently I know very little about slaving a drive and making one a Master.

Fourth:  BACK UP YOUR DATA.

Back Up Your Data

I went from a person who was meh about backing up data to a religious zealot about it.  I have 3 back ups of my data, that is important, and most of those are disconnected only to be written to and nothing else.

There are many reasons you may want to keep your data safe and secure.  I know a lawyer and he has had many viruses hit his work computer and luckily he back up his case files.  I just convinced him to drop the $80 to buy an external hard drive to back it up better.  He is kind of a cheapskate. 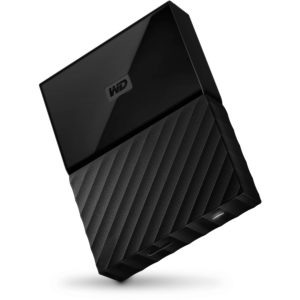 Now with ransomware on the rise and peoples tendencies to only prepare for catastrophe after it hits backing up your data is essential, and trust me when it does hit you you will wish you had spent a little money on some external source of storage to save your important files.

If I am hit with ransomware I’ll just reformat my computer and move on with life.

Ways To Back Up Your Information

Be it your cherished family photos that you only have copies on your one computer or your great novel you have been writing on for years, you need to back it up.  So here are some solutions for your storage needs.

External Hard Drive:  This is my primary choice.  It is completely in your control you put your information on it and then unplug it and it will last your decades.  You can bring it anywhere and once you pay for it, no subscription fees. My favorite company is Western Digital they have the lowest failure rate and are very competitively priced here is a great little model.

Cloud Services:  Now I am wholly opposed to Cloud Storage, some people love it and that is good for them but I am not one of them.  Here are my concerns.

Flash Drives:  Very similar to an external hard drive though not as expensive and if your data requirements are small these are the best option you can get.  Just upload your information and pull it and move on with life store it somewhere safe and you have a great way to store things.  I suggest with how cheap they are to use more than one.  Here is a great pack of 5 16gb PNY models which are very good. 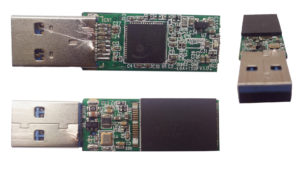 Do not use an internal hard drive as your storage.  If you are hit with ransomware it will be hit too.  On the same note do not leave your external hard drive plugged in all the time the same will happen to it as any internal drives.

If you use the cloud do not put anything on there that could be compromising in any way.  This includes financial data, client data, nude pictures of yourself, and passwords.  I find no use for it even if I was a prestigious business man who had conferences everywhere I would still use a flash drive.  It’s cheaper and far safer.

Any Storage device will fail eventually make sure to back up your backups and keep that safe as well.  Flash drives only have so many read writes, hard disks get corrupted, and cloud services can get bought out.  Nothing is permanent so plan for the future and get multiple backups.  I have three as I stated before.  My XP Computer which never goes online now days.  A 1.5 Terabyte external that is connected to the XP computer and a 3 Terabyte drive that backs up all the rest.  The external hard drives only get turned on when they are needed and never more.

One note Windows 10 will randomly spin up drives even when they are not needed it will do this way too often for my comfort.  This adds life on your drive and will decrease its life somewhat.  I found this out when I had my 3 Terabyte external plugged into my gaming computer for a brief while backing some files up on it and I had gotten lazy and had not unplugged it for a while.